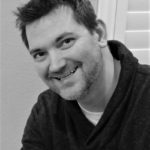 As a IT professional, working for many different types of companies and organizations, you get the feeling you’re a bird on the window sill, peering in, observing the culture, watching the daily workflow; not fully understanding it, yet somehow a part of it, unseen in the background. Over the course of the past twenty years, I’ve hopped from windowsill to windowsill, seven times altogether, and most looking into the offices of non-profits.  Through the years, I began to notice some common threads.  One of those revolves around how companies budget for technology, oftentimes without knowing what the real spending of the company looks like. The big items are typically accounted for, but hidden costs such as licensing, consumables, and smaller purchases are often left out of the equation as “nickel and dime” expense.

Admittedly, when I started out as a young tech in a large company, I was very IT-centric and IT-selfish, and I had no idea what the overall picture of the company looked like financially, nor did I really care.  All I was concerned about was where the tech is now, and what could be done to improve it.  Over the years though, I’ve developed more of a mindset to “pump the brakes” a bit, taking the time to understand the culture and what it is the company is trying to accomplish.  To this end, I found the question “What are we trying to do?” more effective than the statement “XYZ is what we need to do it.” I began to wonder a little more about the big picture, and to understand my place in the grand machine, I needed to understand what percent of the budgetary pie IT really consumed.

For smaller companies, I found, they often had no clue.  Everything was done ad-hoc. They had a technology budget – in name – but no one had really taken the time to work out the math and see if the actual technology spending reflected what the executive management had “budgeted”. After doing some research, it appeared the common consensus seemed to be that 3.5-4.5% of company revenue is where the IT budget for a organization should reside. Personally, I think the overall percentage spent on IT should be closer to 5%.  Since the majority of companies I deal with are in legal aid and are small to mid-sized non-profits, I’ve semi-tailored the break down percentages in the three main categories of:

Research & Development (0-10%): This area may not be present every year, but looks at fundamental business process changes and testing new technologies or proof of concepts.

A CFO I worked closely with on an IT budget even recommended prioritizing items in it.  This can be especially helpful with growth items.  Aside from the mission critical “keep the doors open and the lights on”, the executive management should be aware and seriously consider the IT perspective on potential gaps and opportunities with the organization’s technology.  IT managers should use this as an opportunity to include training, conferences, and potential emergency support costs.  It’s also helpful to zoom out and see the overall financial picture and evaluate how realistic expectations should be.  With legal aid, a grant heavy industry, funding tends to ebb and flow more dramatically, which can make planning hard.

I have had experience with multiple organizations grossly under budgeting for IT spending, only to be forced to address severe financial trouble the following years.  I found it puzzling that an organization could come up with a budget number without knowing what the overall expenses had been.  That’s like trying to get directions somewhere without first knowing where you are on the map.  One former employer bragged about how they didn’t have an IT budget, and that they “ran slim”,  which seems just plain irresponsible to me.  They didn’t even have a good picture of their overall IT spending.  My curiosity ultimately meant I had volunteered for the job of finding out. I spent weeks digging through file cabinets and pouring through invoices, and pestering the finance staff until I felt I had enough information to paint a pretty solid picture.  Altogether, the total costs were surprising, not just to me but management as well. What I found, was our spending was way higher than anticipated and management had no indication that technology was the reason the firm was leaking money so profusely.

This is a plea for organizations, especially the small and mid-sized ones, to take a thorough look at their IT spending, understand their needs as it pertains to the overall strategic direction, and then realistically budget for the future.  Don’t attempt to make projections and lofty goals without knowing where you are first.  IT is the glue that holds your company’s workflow together, and the staff who manage it, are just as vital as those presenting your public face. Executives need to take the time to understand their systems, and respect the demands they create. Only then can they wisely invest in the people and tools necessary to increase effectiveness.