Who is your second in command? 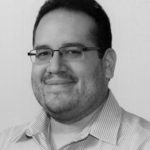 Many organizations have an IT Department. They manage the equipment, the cables, the software, and lots of other things you never see. They avert disasters, devise back-up plans, and vigilantly protect your systems data. They hold the virtual keys of the kingdom.

If your organization is large enough, you may have multiple people handling your technology needs. Each with their own responsibilities and varying skill levels. Some IT Departments have one person, who is the organization’s one stop shop.

What would happen if the member(s) of your IT Department vanished for a day? For a week? For a month? Anything can happen. They’re tired of your constant bad jokes and accepted a job somewhere else. They hit the jackpot and are retiring early. They looked left when they should have looked right.
Who steps in? Whether your IT department consists of multiple people or just one person, the next runner up might have some pretty big shoes to fill. As an IT consultant, I’ve been called into situations where I had to take over all IT functions and usually, time is of the essence. Although I hope everything is documented, it’s rarely the case.

In IT, it’s part of our job to build redundancy. Multiple hard drives, backups of data, additional servers… the list is endless. We’re so wrapped up preparing for the unexpected that sometimes we forget about the human factor.

You may not have the budget to hire another IT administrator. If you have a junior administrator, be sure they’re trained to handle the most common situations. Do some fire drills. Document everything. Let them grab the wheel at times to gain some experience. It may take some time but having someone is better than having no one.

You should also consider hiring an IT consulting company to be your backup administrator. They’ll have the skill level you need right out of the gate and it may be cheaper than hiring a second administrator full-time. Have them learn the ins and outs of your organization and technology ahead of time to avoid a mad scramble.

Every organization is different so you’ll need to come up with your own plan. Give yourself peace of mind sooner rather than later.